According to an array of research and studies, many citrus foods-specifically grapefruit-help the body to burn fat. For example, the Nutrition and Medical Research Center at Scripps Clinic in San Diego initiated research and studies that prove how the simple consumption of grapefruit or grapefruit juice led to a significant loss in body fat and weight. While a fad-diet from the 1980s, titled the “grapefruit diet,” may have been the first source of the grapefruit fat burning rumors, experts and scientists are uncovering new information that supports the fruit’s powerful effects!

The Fat Burning Benefits of Grapefruit

Whether you drink a simple glass of pure grapefruit juice, or if you enjoy the fruit in its whole form, consumers of grapefruit experience significant fat burning benefits. In examining a clinical study of this fruit, leading researcher Dr. Fujioka created a trial wherein 100 obese individuals were monitored as some participants consumed grapefruit while others did not. While engaging in this trial, participants did not make any changes to their diet or exercise habits, other than those who were required to add a daily serving of grapefruit. Dr. Fujioka broke the participants into three groups, and studied their fat burning processes by implementing specific grapefruit requirements:

According to Dr. Fujioka’s results and reports, the two groups who consumed grapefruit before each meal lost an average of 3.6 pounds over the course of 12 weeks! When comparing this to the group abstaining from grapefruit, the non-citrus eaters only lost an average of half of a pound during the 12 weeks.

While grapefruit has been proven to work as a fat burning food, consumers of grapefruit will also experience additional health benefits. According to Dr. Fujioka’s study, individuals who consumed his allotted amounts of grapefruit each day also experienced decreased levels of insulin, which is a hormone that regulates the body’s metabolism, energy, and blood sugar levels. An excess of insulin can actually lead to serious illnesses, such as diabetes; therefore, a steady diet of grapefruit can actually prevent the development of this health disorder.

When examining how grapefruit provides consumers with fat burning and health benefits, some suggest that the lower insulin levels are the main catalyst for enhanced fat burning abilities. Essentially, as grapefruit stabilizes energy levels and insulin levels, the body is able to maintain a more stable energy state. Oftentimes when faced with an energy crash or feelings of fatigue, the body will jump into a hunger-mode, as the body will seek out sugary and unhealthy foods to receive an immediate and fast energy boost. When engaging in these habits, individuals are choosing foods that lead to weight gain. In contrast, when individuals experience more stable blood sugar levels, the body is able to regulate its energy, burning up fat cells in order to invigorate and boost the body.

While grapefruit has been the most researched and verified fat burning citrus product, some studies indicate that other citrus foods can also lead to fat burning effects. For example, lemon and oranges may also promote enhanced fat burning processes; however, these fruits are less clinically supported than the powerful grapefruit benefits. When choosing to incorporate grapefruit into your diet, enjoy the whole fruit or purchase a juice with no additives, sugars, or concentrates. Fresh squeezed and all natural grapefruit will deliver the greatest fat burning benefits.

John Hartie is a recognised authority on fat burning foods, his website, http://www.bestfatburningfood.com provides a wealth of informative articles and resources on everything you will need to know about fat burning foods. 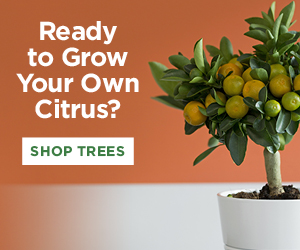